Dead Of Winter Festival – The Tivoli and The Jubilee, Brisbane, 13th July 2019

Being an old bloke, my plan of attack was to arrive at about 4:00 and last as long as I could… Plus, I have a pretty large personal event on Monday, so needed to be A Grown Up for once.

From the outset, we knew that we were in for something special. The vocals were forceful and gravelled and grabbed us without ceremony. This got the crowd nodding immediately. Pistonfist are tight as a group, obviously knowing each other and the way that each member contributes to the stellar sound.

I was also impressed by the high quality lead guitar work that seems to be effortless. This made for rollicking rock and roll, delivered in a humorous and self-depreciating way – these folks are here to give everyone a great time, without being up themselves. The drummer was particularly forceful, not only smashing out great beats, but smashing up the drum kit it seemed, with him having all sorts of ongoing battles with it. He went on regardless, delivering a killer set.

These folks are the back room brawlers of metal with a social conscience – they did a song called “Black Rain”, the theme being “fuck cancer”. 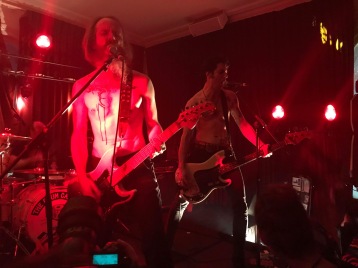 These folks immediately labelled themselves as something different, with the two guitarists/ vocalists taking their shirts off and one guitarist starting in the crowd. Their engaging playing had me hooked and hyperactive shenanigans had me watching every moment.

One of the guitarists kept knocking over his mic, with it at one point falling over and leaning on a speaker. He just leant over and sang into it, unperturbed. The sound techs ran over anxiously a few times to right the mayhem, eventually giving up and having one just stand there, such was the ebullient nature of the musical delivery of this band.

The music marched forward – a big sound with variety of speed and intensity. I Am Duckeye delivered driving beats with an amazing stage presence. They were dynamic and intense, leaving nothing on the stage, giving me the impression that they live and love what they do. 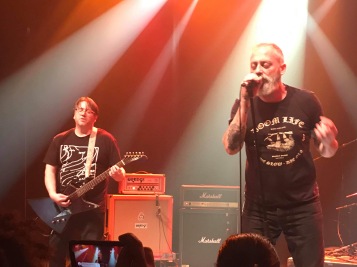 I reviewed their album recently and was very keen to see them. This was tinged with some trepidation, as occasionally a band doesn’t translate well to the stage, due to the way that they play, them having an off night or that the planets don’t align.

I need not have worried…

The vocalist had on his shirt “live slow, die old”. It probably should have been “exquisite pacing ensures amazing performance”.

From the opening bars, the driving beats intoxicated the crowd. The lead singer’s eyes were closed and so were ours as we surrendered to the music. There was amazing vocal clarity and emotional depth.

The band had obvious passion for the art and craft of the musical experience. When I looked around the crowd, people were typically swaying, grooving or hugging – this being a physical manifestation of the intensely emotional journey of heart and mind that we were sharing.

The vocalist spent a lot of time with his eyes closed, lost in the music. His vocals were rich and passionate. I once saw an interview with Till Lindemann from Rammstein, where he spoke about his part as being the centre when needed, but stepping back when that was his role. He also spoke about having some key visual reference points that he sang to, ensuring that he didn’t get distracted from his performance. I reckon this was also in evidence here.

The band as a unit were masterful, each taking their time in the sun in the appropriate places. In some ways, the music had an organic, beast-like quality. It was deceptively heavy in nature that probably alters your soul without you realising it. It had my beautiful wife and I unashamedly dancing – rare for us both to be reached to the same level by the same band, which is testimony to the impact of the music. 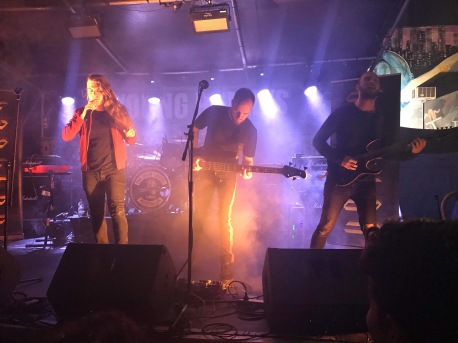 Rocked hard from the get go, with great clarity of sound. The arrangement of the guitars was clever and I really appreciated the dynamic motion of the band, as they interwove their sound and presence on stage.

Keyboard wizardry added amazing complexity of sound and the crowd really got into it. Righteous rhythm and masterful changes in tempo ensured a rich diversity of sound. Their were also rollicking riffs in abundance.

Their high energy show slapped us in the face and continued to pound on us with unrelenting force. The sound was dense and it thrashed forward. The crowd were seldom still, really connecting with the music.

These folks know how to deliver brutal music and were tight as a group. They thrashed their way through an impressive catalogue of music and knew how to engage with a crowd. 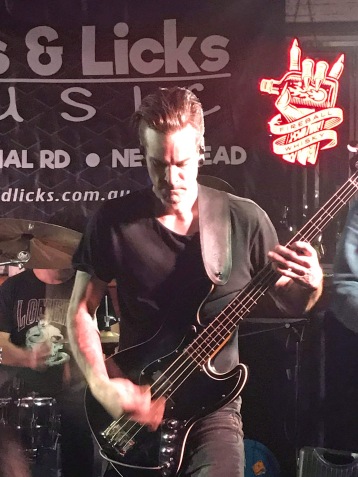 We were loitering with intent to see another band, when these folks drew us in with their sound – they were a real surprise packet. With a sound that is heavier than Chernobyl fallout, they delivered a metal masterclass.

There were some stellar guitar solos in the right places and the intense and gravelled vocals soon had me pogoing madly and I wasn’t alone.

Their music reverberated through the crowd with an impact that our grandchildren will feel. It was frantic without being frazzling and I got the impression with this band, the music is the thing.

In the interest of full disclosure, this is the eighth time that I have seen Darkcell, first seeing them when they supported Motionless in White. Their music grabbed me in that set, but their manner in the foyer after the show was what really bonded me with this band. They are humble and there for the fans.

Darkcell really brought the noise. (In my notes I had a great typo – “they brought the noose”. Probably appropriate!) With a set list that covered their most addictive live tracks, it’s malevolent intent was immediately apparent – that we would be sore and happy by the end.

Jesse Dracman is the consummate showman, owning the stage and before long, the hearts and minds of the audience. He’s sinister one moment, comical the next, frantic soon after and up to mischief always. 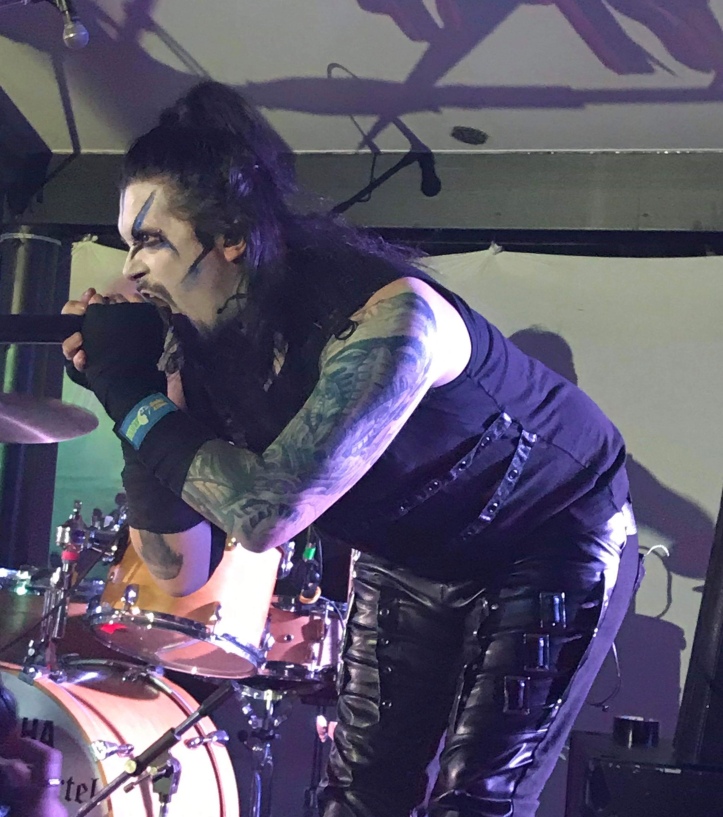 The camaraderie of the band is abundantly evident and is polished to the point of brilliance. Matt’s guitar work is silky smooth and Jay’s drumming is forceful and hypnotic. Rit is seldom still, his bass lines are robust and his passion for his craft is evident in all things that he does.

Their brand of dark metal is engaging and the subject matter of their music is like they have walked alongside us through our lives. With Darkcell their appreciation of their fans is forefront. They enthusiastically unite the black sheep that gravitate to their music under their banner. As a great example, Jesse brought many fans into the stage for the final track. It was a humble and poignant ending to the set.

At this point I had to be A Grown Up and make my way home. This festival was amazing, with a smorgasbord of love metal that will sustain me for a good while.