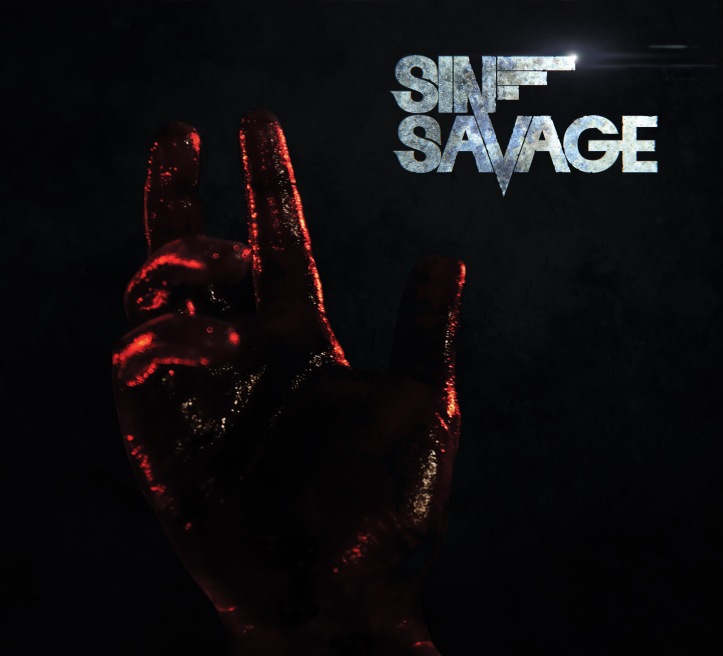 Belgian hard rock / metal band Sin Savage, previously known as ‘Nightmare BE’, founded in 2011 is back with the EP “Lost In The Dark” after the first album “Dirt” dated 2015.

In fact, in the first track “Lost In The Dark”, we can listen to a hard’n’heavy sound with excellent metal streaks, maybe it’s not the most innovative piece but it certainly shows the skill of the excellent musicians that between thundering guitars, a sharp rhythm and the scratching voice and deep, takes us out.

With “Hot On Your Heels” the band offers a sound more oriented towards a hard rock raw and eighties influenced, really nice piece, than those who manage to capture and do not leave you a moment of breath, Vassili’s bass is excellent and he can keep up with Jasper and Zan’s slick guitars.
What about the drum intro in which Andreas turns out to be surprising? Spectacular, that is, a start as heavy as the piece itself that sees a good musical harmony of the components and give us the best piece of this EP.

Between a robust sound made of energetic rhythmic and fiery riffs, by the way, it’s the only exclusively musical track.

Last but not least, is the closing track “Trough The Gates” that has the burden of leaving us and does it very well. Between powerful guitars and always with a sustained rhythm to give substance to the song.

I like this band, it has the taste of novelty while taking up sounds already heard and resume them to make them their own in a fresh and more evolved way. After an EP of this kind, we await the album that will surely be worthy successor to “Lost In The Dark”.