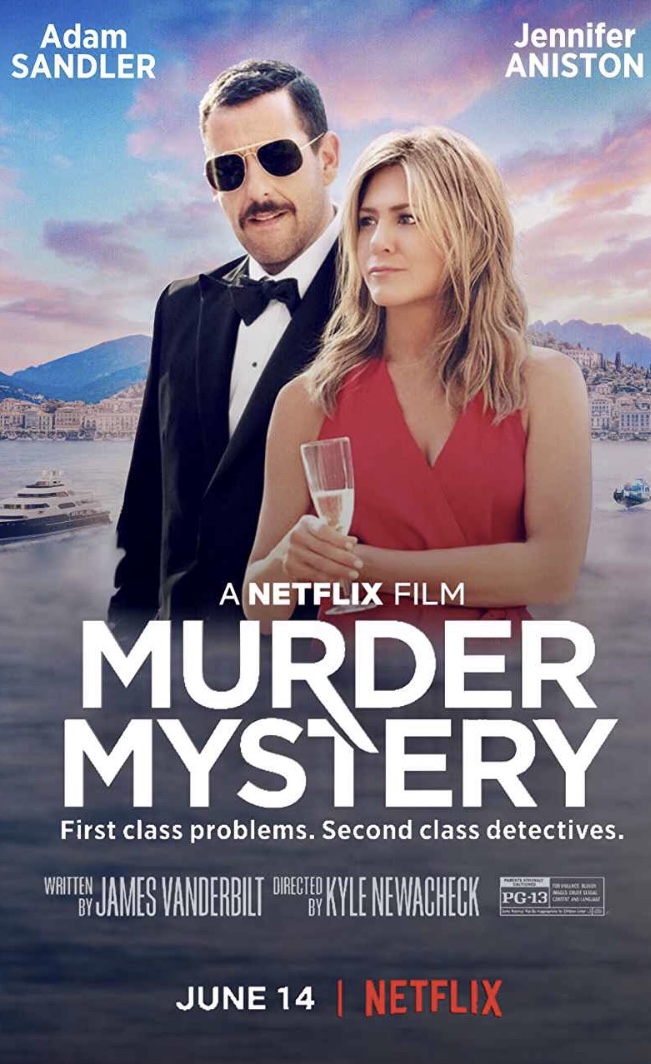 If nothing else, Sandlers Netflix films have been diverse.  The Do Over has to rate as the best of the bunch, Sandy Wexler being the obvious worst, with The Ridiculous Six, The Meyerowitz Stories and The Week Of falling somewhere in the middle.. Murder Mystery is definitely at the top of the spectrum.

A New York cop and his wife go on a European vacation to reinvigorate the spark in their marriage, but end up getting framed and on the run for the death of an elderly billionaire.

Written by James Vanderbilt (Independence Day: Resurgence) and directed by Kyle Newacheck (most notably Workaholics), Murder Mystery follows Sandlers Nick Spitz and Anistons Audrey Spitz as they head off to Europe to celebrate their 15th anniversary, but find themselves needing to clear their name, as they get caught up in a series of murders.

It’s an easy plot to follow, even if a little predictable.  There are plenty of laughs scatttered throughout to keep you interested, and the acting is pretty good for a movie of this kind.

Had this gone to cinemas, I don’t think it would do big business with both Sandler and Anistons days coming to close, but as a Netflix release, Murder Mystery will surely find its audience, and be a success.