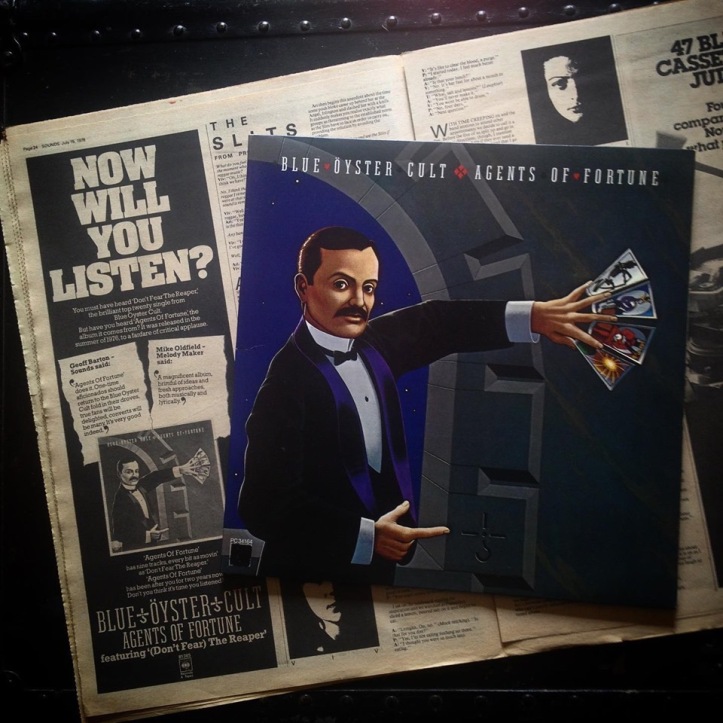 I like this album more than I used to, but I feel it’s a bit overrated. It’s got the absolute classic ‘Don’t Fear the Reaper’, a song that deserves every bit of praise it receives, but apart from a couple of other numbers, I much prefer most of their albums after this – yes, the one’s that everyone else hates, ha ha. Still, what I really love about BOC is that they have different eras of their career that different people gravitate towards. They’re just a great band and this is by no means a shit album.

Produced by Peter Dawkins.  Far out, the late 70s/early 80s was a great time for pop music. Quirk and energy – they’re the two words that I think of when it comes to pop music from those years – and Mi-Sex had that shit in spades. They took their name from an Ultravox! song and I’d describe them as a cross between early Ultravox, a less thuggish early Stranglers and the Angels (Angel City, for any non-Antipodeans reading this). My old band’s sound mixer, Cookie, used to carry on about how excellently ‘rock’ Mi-Sex were. He was a bit older than us, so had seen Mi-Sex perform live in their heyday and bloody raved about them non-stop. I was too young to see them live, but this album contains the absolutely brilliant ‘Computer Games’, a song that I remember fondly from my childhood. That thing is just pure genius – “Com-pu-pu-pu-pu-pu-pu-pu-pu-pu-pu-pu-pu-pu-computer games!” – and 40 years later it still friggen rules! As does the rest of this album, which is probably a bit more hard rockin’ than Computer Games might indicate. The cover art is perfect, too – the combination of the band name, the lurid pink paint and the girl in the hot pants – screams that there’s something pretty exciting within. Graffiti Crimes – that’s just a bloody cool sounding title, too.

I’ve been meaning to rewatch the Trick or Treat movie after a friend got it for me on DVD a few years ago. I recall it being a bit shit back in the day, but I reckon it’ll have aged well in that ‘so bad it’s good’ type scenario. I remember a few things from it – Skippy from Family Ties as the lead actor, Gene Simmons and Ozzy cameos, but the main thing was how Skippy was able to record an album to cassette in high speed. Up until the late 90s I used to tape all my records to cassette so I could listen to them in my walkman  and then later on in my car. That high speed dubbing shit was something I was extremely interested in – pretty sure it never became reality. Anyway, the really great thing about the movie was this soundtrack – one of the first albums I ever bought. Chock full of hooks and riffs, although the production lets it down a bit – the gated drums make the thing sound a bit disjointed. The songs are friggen ace, though. After hearing this back in 86 I went and ordered their first self titled album and gotta say that I was a bit disappointed – it sounded OK but just didn’t have any memorable songs. That being said, I’ve got a lot of admiration for Fast Eddie Clarke – the easiest thing he could’ve done was cash in on his Motorhead fame and churned out something in that vein and instead he reinvents himself with Fastway. I read that Topper Headon from the Clash was originally meant to play drums in Fastway. Weird. Singer Dave King went on to form Flogging Molly and I think he’s embarrassed of his days with Fastway. That’s just crazy coz this album’s bloody good and Fastway are way cooler than Flogging Molly – in my eyes, anyway. 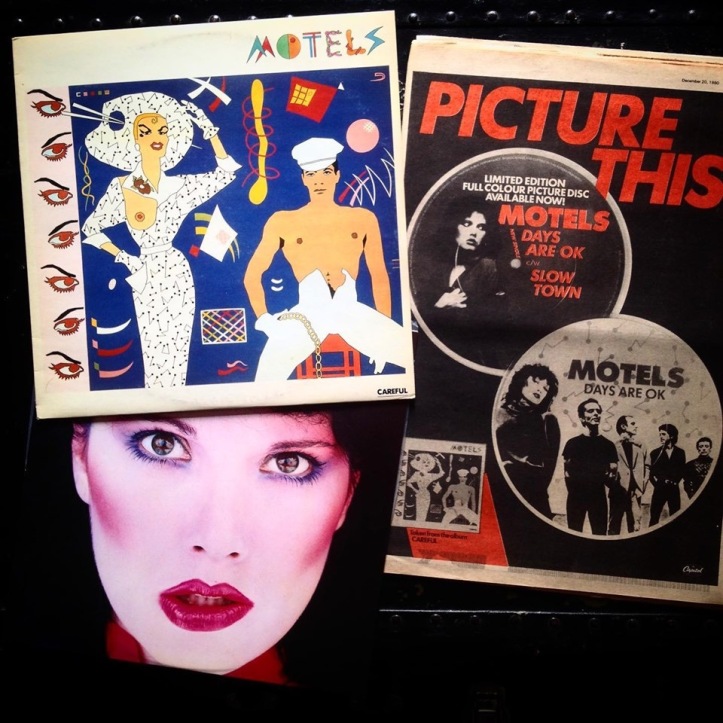 Produced by John Carter.  I go through a Motels craving about once a year where I’ll just listen to all their albums back to back. I’m always surprised at how good these albums are, considering in the late 90s you could pick them up for a buck each. Starting off in the L.A. punk scene in the late 70s, they were always more than just a pop band, at least for the first few years. After this album their record company started controlling things a bit more, but this album still has enough grit and slinkiness to really hold interest plus some real classic pop moments. Martha Davis has one of those voices that’s instantly recognisable and friggen hell she looked stylish. The first 4 albums are all great, but I don’t know what happened on the 5th, ‘Shock’ – Martha dissolved the band after that, so I guess they’d run out of inspiration.

Produced by Ted Templeman.  So Rocky IV – how good’s that film! And the soundtrack is absolute gold. There was a song called ‘The Sweetest Victory’ by a band called Touch on the soundtrack that wasn’t used in the movie and it’s an absolute killer. If you see that soundtrack and don’t buy it, for shame on you! What’s this got to do with Bulletboys? Marq Torien, singer for Bulletboys…WAS THE SINGER IN TOUCH! This amazes me! Touch were pure 80s triumphant AOR whereas Bulletboys were more in the party band Van Halen mould. I suppose it’s not a huge leap. Torien’s voice sounded better in Touch, I thought – on this album it’s like he’s screaming  nearly every lyric at the top of his lungs – gets a bit abrasive. Still, this ain’t a bad record. I remember buying it when it came out (because I was pretty much buying any locally released hard rock stuff in the late 80s) but didn’t really listen to it much as there was so much other stuff around. I’ve given it a few goes over the years – it’s pretty solid and definitely comparable to Roth era Van Halen, albeit with a little less light and shade. The cover of the O’Jays classic ‘For the Love of Money’ is bloody great. Excellent guitar tone from ex-King Kobra member Mick Sweda – look at him on the back cover – leather jacket with no shirt underneath. I’ve got respect for anyone who can pull that look off. Imagine being at a pub and some dude walks in, leather jacket sans-shirt – seriously, that shit would not wash in the real world. Kudos to Mr Sweda. Bass player Lonnie Vencent with his pants unbuttoned – weird. I think that was a look in 1988 – I remember one of the members of Celtic Frost from their glam Cold Lake period doing the same thing. Looks crap. Anyway, this is a solid 3 and a half out of 5, but would’ve preferred if Touch had have released an album as well.

Check out more of Karl Mautner’s entertaining and insightful thoughts, on the Rise of the Rat Facebook page; http://www.facebook.com/riseoftherat