The week in review #3

Here we go.  Another Friday, another release day!  Coming out today, we have new albums by influential NWOBHM band Diamond Head, Italian synth metal masters Fleshgod Apocalypse (interview available on Noise Pollution Podcast) and Samsara with their Reap What You Sow EP, to name just a few.

First off, in some very sad news, the 22 year old daughter of Slipknots M. Shawn Crahan (AKA Clown) has passed away.  No cause of death has been revealed at this time.  Our deepest condolences go out to the family and friends of Gabrielle Crahan.

For anybody getting ready for Danko Jones to hit Australia next week, prepare yourself for disappointment.  The band have postponed the tour due to “last minute scheduling conflict” and will now hit our shores in September. 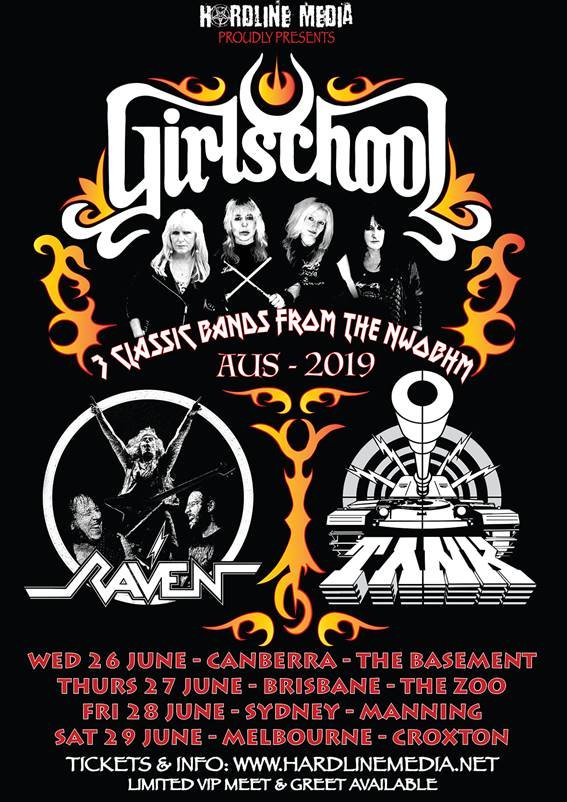 Speaking of changes to tours, Venom Inc have had to pull out of the NWOBHM tour scheduled to hit Australia in June.  Citing “unforeseen illness” Venom Inc will not participate in the tour with Raven and Girlschool, and have instead been replaced by the legendary Tank.  Extra dates and sideshows have also been added to the package, so visit http://www.hardlinemedia.net for all ticketing info.  Stay tuned to the Noise Pollution Podcast to hear an interview with Ravens John Gallagher.

In news that is dividing fans in a big way, Zakk Wilde has announced that his side project, Zakk Sabbath, will release a faithful re-recording of Black Sabbaths landmark debut album.  The record will be titled “Vertigo” and will be recorded live within a 24 hour period and direct to 2 inch tape.  The album will drop on February 13th, the 50th anniversary of “Black Sabbaths” release, but is strictly limited to 500 copies, which sold out within hours of pre-sale.

Another future release that is sure to divide opinion, is that of Paul Stanley’s Soul Station.  Stanley recently confirmed that work on the debut from his R&B side project is almost complete, but he plans to hold off on its release until he can give the project his full attention.  In his opinion the album will be “mind blowingly good”.  We shall see…

Last, but certainly not least, in more sad news, legendary Australian born artist, Lawrence “Larry” Carroll has died at the age of 65.  Larry is notable for his work on cover art for Slayers albums, Reign in Blood, South of Heaven, Seasons in the Abyss and Christ Illusion.

Check out the Noise Pollution Podcast on the Apple Podcast App.