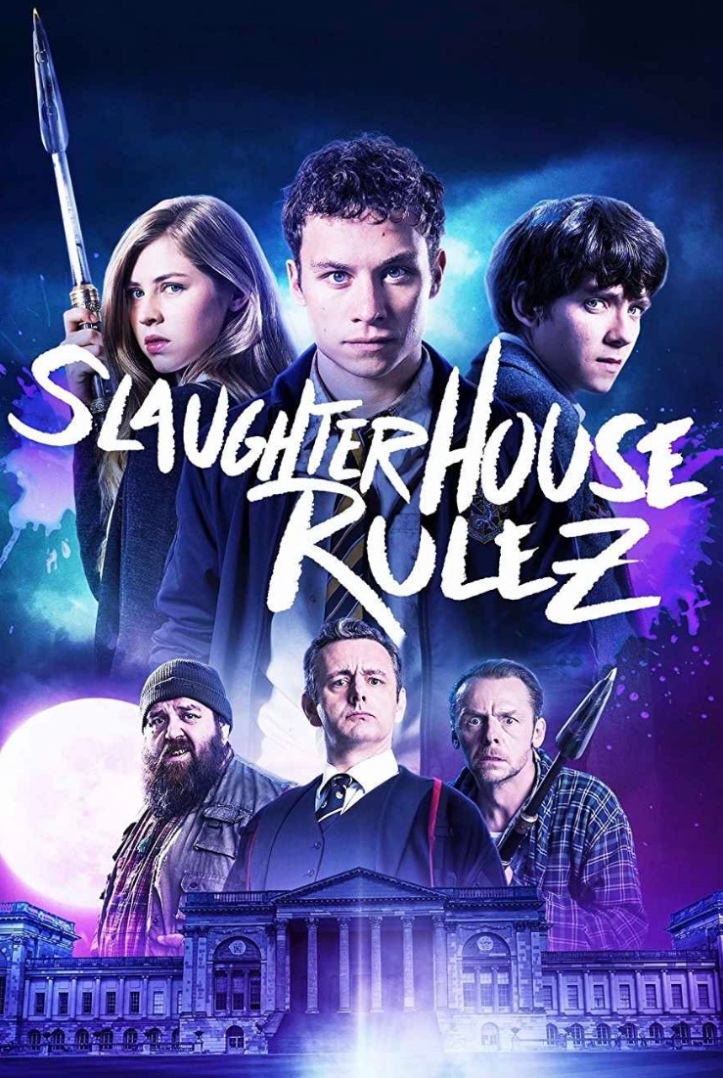 “An illustrious British boarding school becomes a bloody battleground when a mysterious sinkhole appears at a nearby fracking site unleashing unspeakable horror.”

The first thing that has to be said, is that Slaughterhouse Rulez starts off very slow.  It takes near on an hour to become what it’s supposed to be, and once it does, it’s nothing short of underwhelming.

We have a decent cast here.  The students, played by Asa Butterfield (Space Between Us), Finn Cole (Animal Kingdom) and Hermione Corfield (The Last Jedi) all do a fine job in their respective roles, it’s just that they are not actually given a lot to do.

The supporting cast is made up of Simon Pegg and Nick Frost, who are both entertaining as always, even if their roles are mostly filler.  We also have Margot Robbie in an exaggerated cameo that is totally irrelevant to any major part of the overall plot.

Written and directed by relative newcomer, Crispin Mills, Slaughterhouse Rulez really failed to grab me.  We as the viewer know the direction the movie is headed in, but it takes far too long to get there.  Had they edited a lot of the more irrelevant points out, and gotten us to the action sooner, they might have been on to something.  It still would t have been anything amazingly original, or special, but it would have been better than the end result.

Slaughterhouse Rulez is a predictable, and largely boring affair, that you would be better served by avoiding.