A moment with The Omnific.. 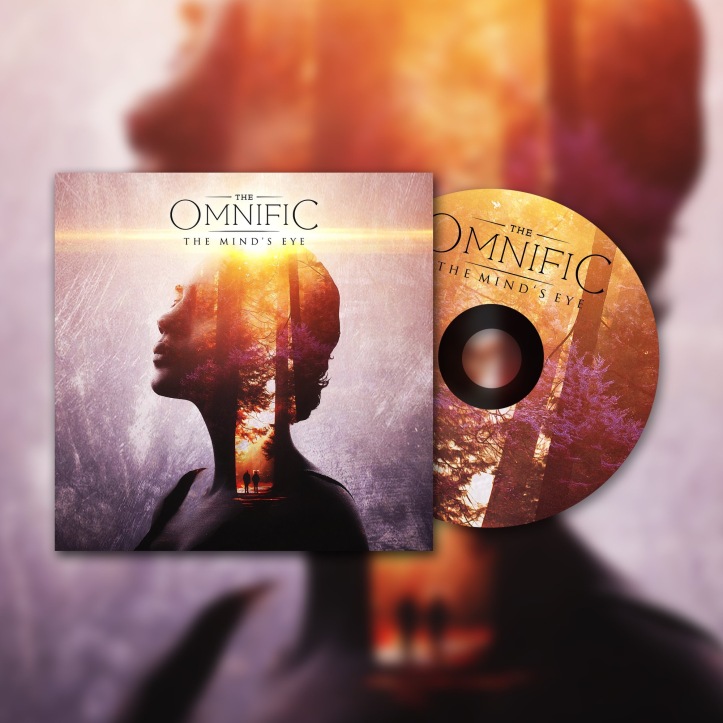 The Omnific have released their latest EP, The Minds Eye, and have been busy playing shows in support of the record over the last few weeks.  Bass player Toby,  recently took some time out of his busy schedule to answer some questions for Noise Pollution.

Tell us about how “The Omnific” began.

Myself and Matt knew each other through some mutual friends in the local scene. We ended up getting together to record a demo for Matt’s other band ‘Blind Oracle’ at the time, after finding that we had similar interests and motivation about music we had a vague conversation about music working with 2 basses. That night he wrote the first song idea that sparked the light bulb that this might actually  work.

As far as the bands sound goes, how did the idea come about to feature two bass guitars?

Similar to the previous question, kind of a brief joking conversation that brought the project to light.

Who are your influences?

It’s very atmospheric music, are you influenced by anything outside of music?

I came to a conclusion a few years ago that I want to make music that makes you feel like you can do anything in the world. Kind of like you can achieve any goal and overcome any obstacle from listening to it. I get that feeling when I listen to music and I wanted to create that inspiration for others, because I think that’s a very important aspect of the art form – to inspire in some sense.

“The Minds Eye” is the bands third EP.  How has your sound evolved and developed over time?

Our first EP was very barebones, we didn’t demo anything, simply just wrote a song and recorded the final takes without a whole lot of question. Each EP from there we have taken more time and put more thought into every aspect of the songs, very honestly trying to create the best music we can. Some songs have 15 different demo versions. Not to mention how long it actually took to record the final takes in the songs. It was all a long process for this EP.

Has it been natural evolution, or do you set out to take your music to new levels with every release?

I think it’s been natural, but of course always trying to evolve our sound. We think we reached a point where people aren’t afraid of what a band with 2 bassists sounds like, we’ve kind of normalised it. So TME has pushed us to create music different, and we will continue to do the same for future releases.

When you are writing, do you form the pieces in a traditional way using guitar, and then adapt it to the duel bass guitar sound that we hear as the final result?

We write the songs, melodies and ideas in lots of different ways. Probably the most common is Matt writing it out in Tux/Guitar Pro and then we demo it in Protools afterwards.

Being instrumental music, it’s obviously open to listener interpretation, but is there a storyline to the music that you have in mind while writing?

I think it’s like when you look at artwork in a gallery, it’s always open to personal interpretations and I like that.

What do you hope to achieve with “The Minds Eye”?

Something new and different than on our previous releases.

Your music is quite complex and layered.  Are people ever surprised by the fact that there are no guitars?

I think there’s always that factor that we create music without guitars. But like I said it’s generally normalised now lol.

Now that the EP is out, what sort of feedback have you been receiving?

We think people are appreciating the detail we went into this release. Lots of support and love.

There are a lot of “bass player memes” on the internet.  Do you have a favourite?

Do you ever receive any fan backlash for not using guitars?

Nah not really, and if we do then we don’t care. Go back into your close-minded-box.

How does your style adapt to the live setting?

It’s ever changing, trying to find better ways for our basses to sing out above Jerome on the kit. We’ve recently been trying out some cab sims in the Darkglass Pedals to get some nicer tones.

Do you use any additional instrumentation when you play live?

Computer plays the synths, we play the drums and basses.

You’re about to tour “The Minds Eye” right throughout Australia, what can you tell us about what’s in store for these shows?

Once the tour is complete, what’s next for The Omnific?

We head off to Europe the day after our final Australian show to tour with Intervals and Sithu Aye. And then when we get back we play another sold out show with COG in Melbourne and Dead Of Winter in Brisbane. So after that, we’ll knuckle down on the next release.