Darkcell with Torizon, For the Wolves, Sarah Joh and Virtues. 18th May, Crowbar, Brisbane

Torizon, For the Wolves, Sarah Joh, Virtues and Darkcell

Torizon:                                                         The five members of Torizon, a Brisbane based band, got the shenanigans started. This band was characterised by full sounding guitar riffs and a drummer that pounded like a demon. Their tasty, riff-laden music was interwoven with the strong and compelling vocals of Mish. Their progressive sound was enriching and with such songs as “I Hate You”, their lyrics reached out to us. Again, the guitar work was a strength, with driving melodies and some excellent solos. These result was the complexity that a 5 member heavy rock band can bring. The crowd engagement was at a high level. They reminded me of Evanescence, a band they recognise on their Facebook page in the list of music that has influenced their work. 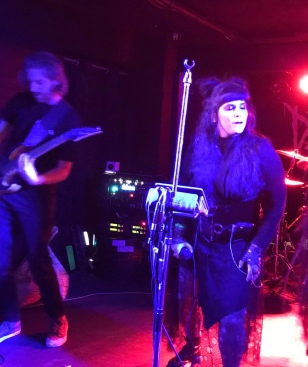 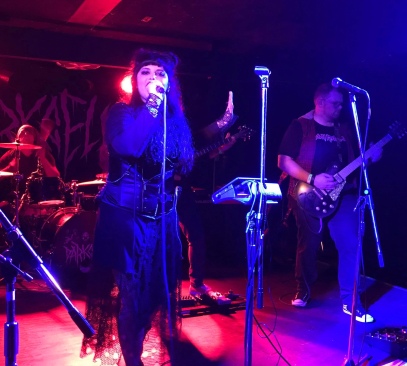 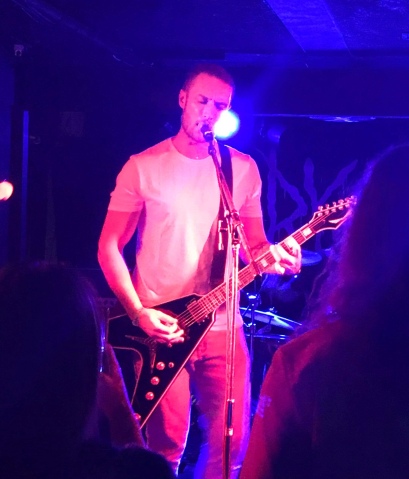 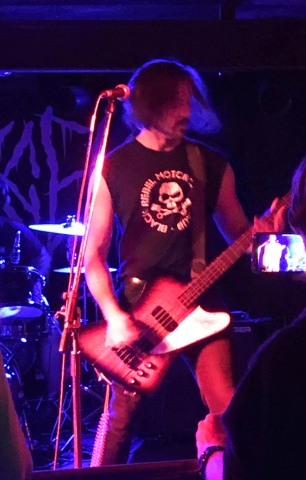 Sarah Joh:                                                    Four experienced artists who know their way around a stage sucked us in with their clever use of effects and a sophisticated metal sound. This is described by the band as “psychotic stoner doom rock”, a label given to them by “legendary local sound engineer John Chipchase” (from their Facebook page).  They proved themselves as masters of the tempo change and there was significant bass and drum impact that occasionally rattled my fillings. It was a strong metal sound that the crowd enjoyed. 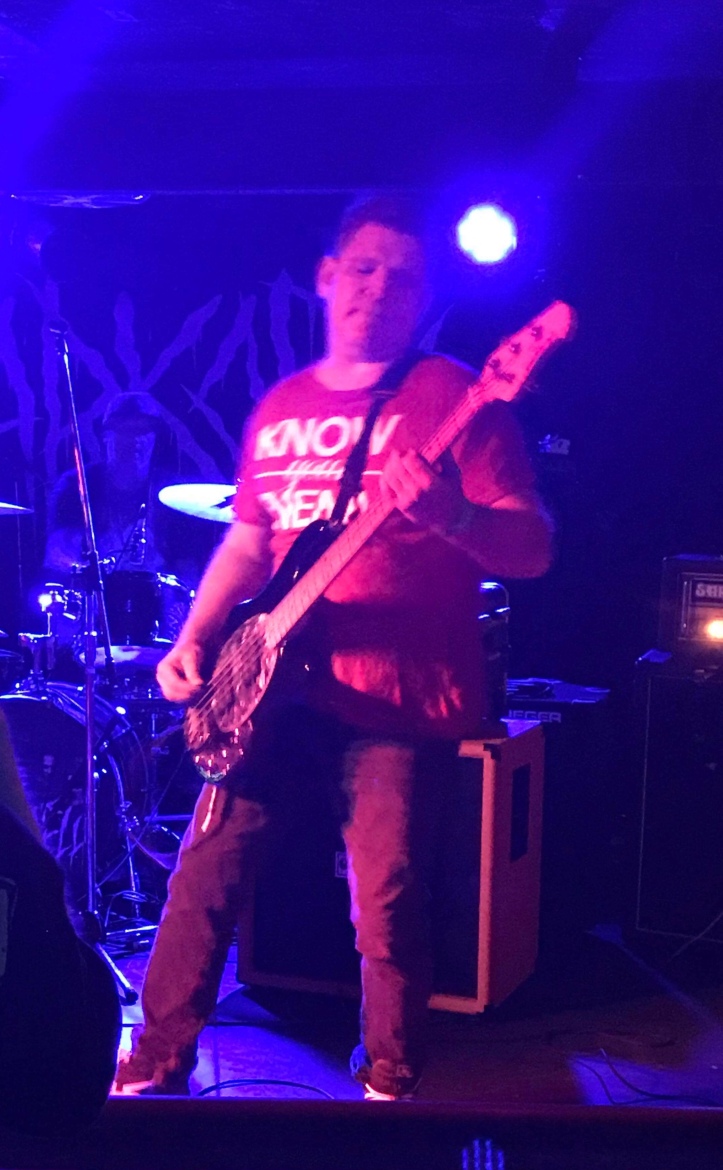 They were the architects of many moshes, whipping the crowd up into a frenzy, then responding in kind. Many times they were up on the speakers, literally and figuratively encouraging their music to new heights. Their brand of metal reverberated through all the punters.

Their music was robust, thrash level metalcore. They list Lamb of God as an influence on their Facebook page and this is apt.

They obviously love their work – they were rarely still, prowling around the stage, playing their hearts out. They acted as if possessed, displaying a freneticism that was infectious. The guitar work was fast, clean and powerful and the drumming reverberated in me so much my grandkids will fell it… when they’re born. 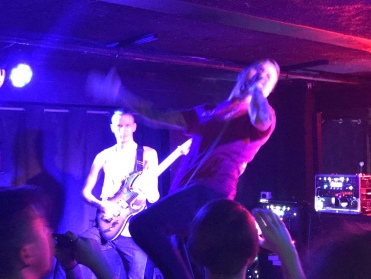 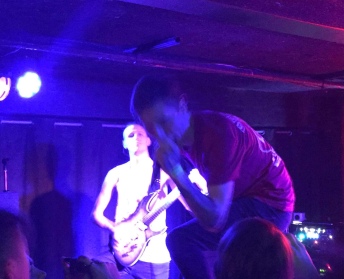 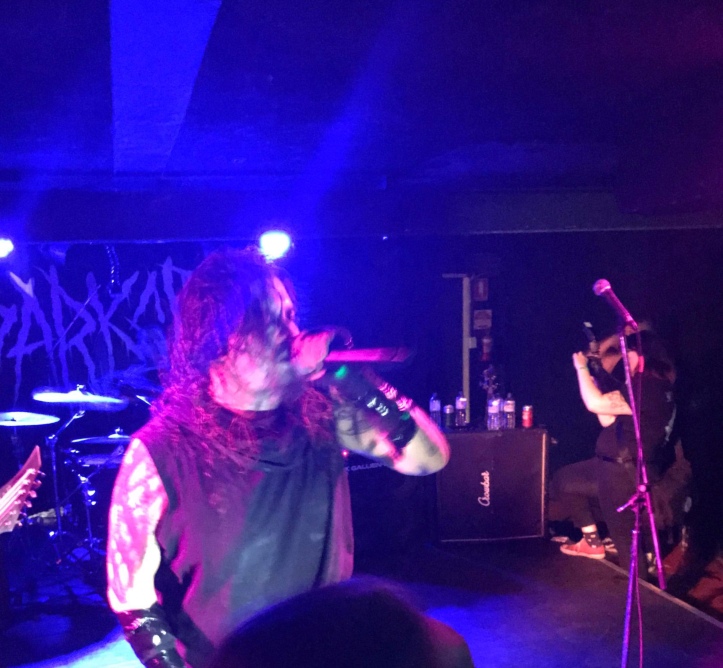 Last night was a very different energy. From the very beginning, it was evident that this was going to be something special. The crowd was up for excellence and Darkcell willingly obliged. Jesse Dracman (vocals) swaggered onto stage and the band exploded into the first song “The Great, Big Nothing”. This track is the perfect opening for their gigs – it is immediately engaging and showcases the considerable skills of the artists. They then unleashed a parade of anthems from their growing body of work. Hearing Jesse’s voice over the last few years has been like watching an athlete come through the ranks. At recent gigs and on their latest album it has truly reached elite levels.

I had a great time in Maroochydore on Friday night, but last night was next level. I enjoy watching the impact that a band has on a crowd. Last night, the gig was much more frantic and vibrant. The crowd was up for it and the band were supercharged. My other indicator is my beautiful wife. Last night she danced and more tellingly, at one point she sat stock still, eyes closed, lost in the moment. This is high praise indeed… 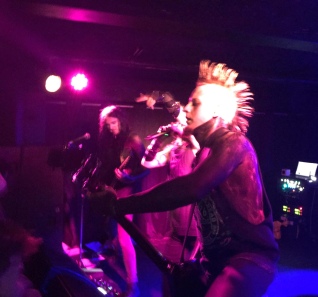 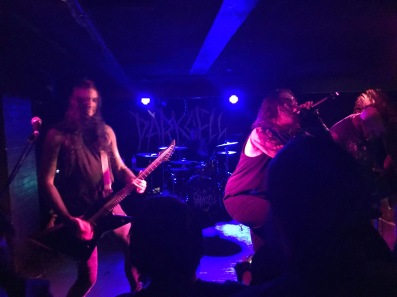 This was the last gig in Australia before they invade Europe and Germany. They are certainly riding a wave at the moment, buoyed by the satisfaction of recent work and the promise of things to come.

In my review of the last Darkcell gig, I wrote of the way that they celebrate the individuality of their fans and unite them – they are a part of a fraternity. In the afternoon before the gig my beautiful wife and I were in an area packed with bars and restaurants. We were dressed in civilian (non-metal) clothing and we both remarked later how we felt as if we didn’t fit in, that we were immersed in an exclusive and judgmental culture. Last night, in our normal metal attire, surrounded by: goths; people in trench coats; a punter in paisley and a felt hat; a lady in a floral print dress; a guy in slippers; a bloke in a suit; and everything in between… we felt amongst family. 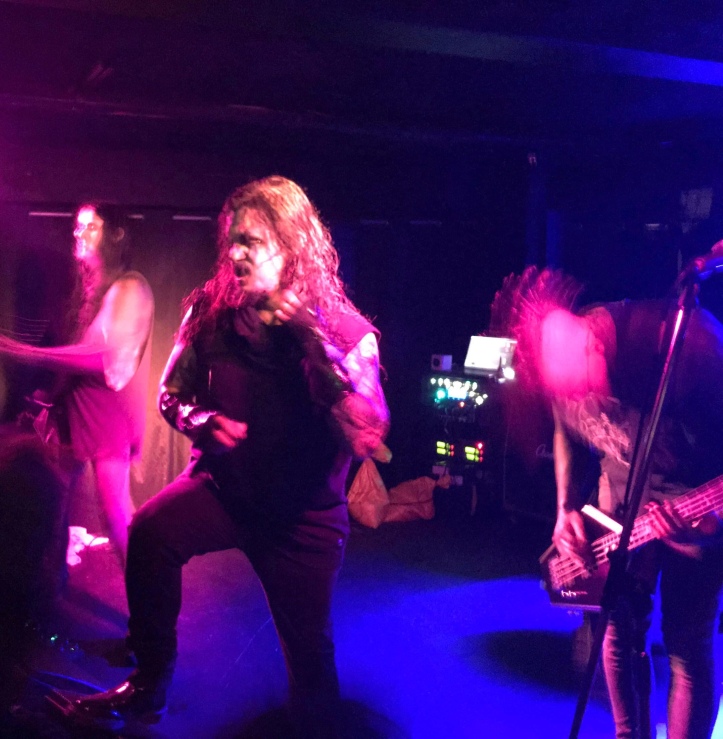 We’ve been to the polls and the Prime Minister is decided. But in the metal monarchy stakes, Darkcell is King.