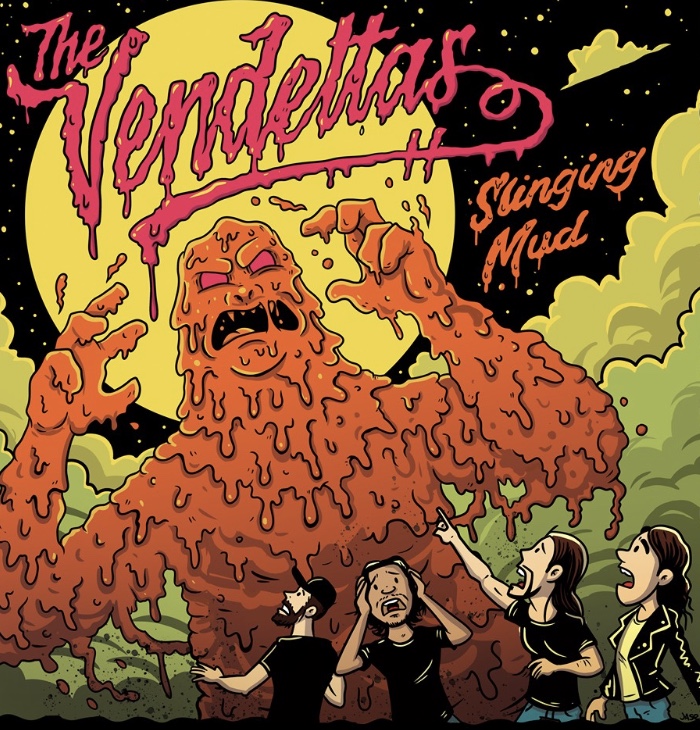 “SLINGING MUD” is a salute to The Vendettas early days, cutting their teeth on beer-soaked walls of Melbourne’s rock scene night after night, with all dials cranked to 11. Straight up rock n roll, the way it should be.”

The above is the description that comes with the new single from Melbourne Rockers, The Vendettas, and I’d go along with that whole heartedly.

Slinging Mud is raw, unpolished and quite frankly, everything I love about rock n roll.  When listening to this track, if you don’t hear flashes of such reliable rock stalwarts as AC/DC and Motörhead, you’re simply not listening.  Those flashes are literally just that though.  The Vendettas aren’t copying anybody, but crafting a sound that is very much their own, from the bands that have influenced them.

The hard rock swagger of the aforementioned bands is hard to ignore, but listen closely and you’ll pick up the more catchy sensibility of The Living End, and an unmistakable punk rock ethos at play.

Slinging Mud is a great lead off track for the eventual new album from The Vendettas, which based off of this single, is sure to be a cracker!

Check out the bands high energy live sets when they launch the single next week at The Bendigo Hotel, in what is sure to be a killer gig! 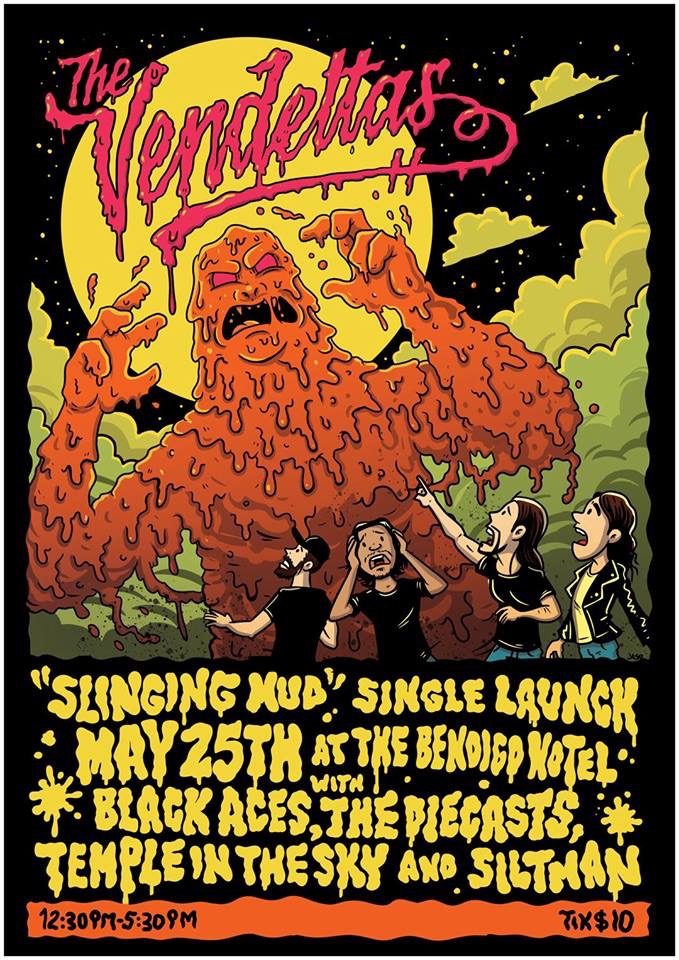