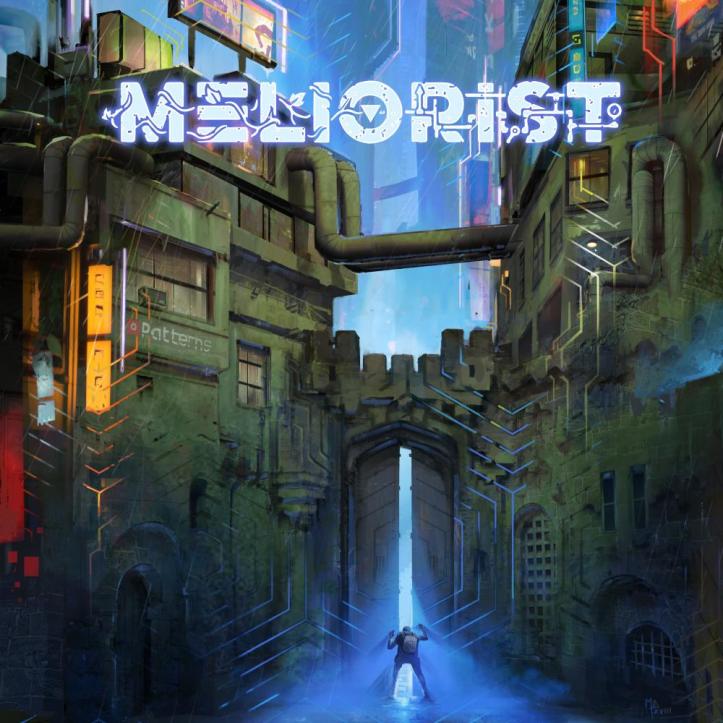 Meliorist are a Brisbane based melting pot of modern heavy metal influences.  As they prepare to release their debut album “Patterns” on May 10th, Noise Pollution dropped our newest contributor Greg Noble into the hot seat to chat with the band.

What are the origins of Meliorist?

We formed in 2015 with just me and James. We later went on to find more members, nothing too special!

What does the band name mean?

“the belief that the world can be made better by human effort” is the definition and that’s what we thought sounded cool. It’s definitely not a political statement as I have found the word gets thrown around a bit there, that’s not our intent.

It’s one of the coolest names and meanings that I’ve ever seen. How did it come about?

Haha thanks! Just saw it online and thought it sounded cool.

How do you think that you live up to it?

We try to be honest with the music, we don’t cut corners and don’t have false expectations. We just put as much effort in as possible.

What or who are your musical inspirations?

For me I would say it varys. I am inspired by different things from different musicians and genres, it’s really hard to say individually because I think I’m more inspired by music in general.

As I say about not cutting corners, it really is just a tedious process of reworking ideas constantly until we are happy with them.We also try to use as many tools available to us as possible, including samples, synths etc

How has your music evolved?

If you could go back in time, what advice would you give yourself?

Probably just to listen to people who had more experience than me and think about how I could be wrong rather than why I am right.

You’ve had a lineup change recently. How is that going? What has been the impact?

It’s going well, Andrew has done a great job adding singing to the band and just helped balance the vocals with the music.

Symptoms and Wanderer have both been really well received and they were my introduction to your music. Both really tight and the range of vocals are really impressive, what can you tell us about the singles?

The first verse in Symptoms (00:35) took the longest to write of anything on the whole album, I was stuck on it for weeks. It seems simple listening to it but it was just an impossible problem at the time. Wanderer was the second song we wrote for the album, I think it adds a vibe to the album that’s best understood when listening to the whole thing front to back.

How do they compare to your other releases?

I think they are just more mature songs.

Tell us about Patterns (released on May 10th)

It has been an immense amount of work, definitely the hardest thing I’ve ever worked on in my life, so you should check it out!

What has been your biggest challenge as a band?

Sometimes its just the smallest negative thoughts that are the biggest thing. I think getting told no a lot to a lot of different things is hard but you develop a skin for that pretty quickly.

What can punters expect from one of your gigs?

We are always working on our set, we record it on video, so we can watch it and critique as a band. So hopefully, you can come to see a great show.

Are you embarking on a tour in support of Patterns?

No, we are just trying to get some decent gigs where we can around Brisbane for the time being.

Where can we see you?

We don’t have any dates announced yet, but have some things in the works!

Tell us something about Meliorist that we might not know.

What’s next for the band?

Just see where this album takes us, play some shows, get back to writing again.