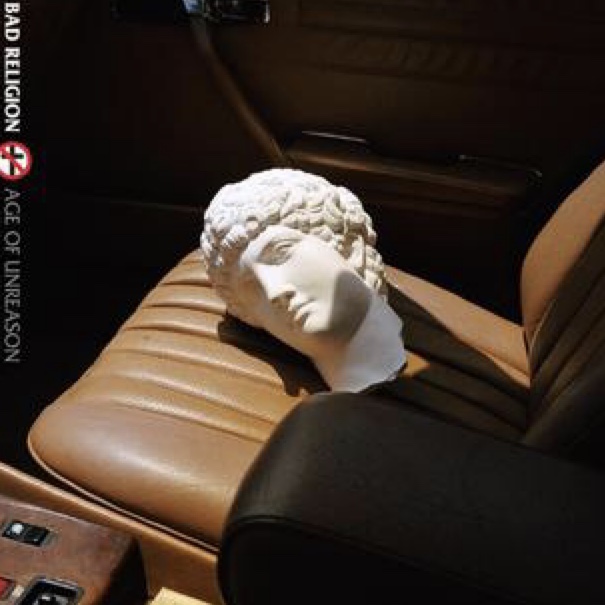 On this, their first album in six years, and seventeenth over all, Bad Religion have released an album that is a worthy addition to their catalogue, but in all honestly, doesn’t hold a candle to Stranger than Fiction (1994) or even a more modern release like True North (2013).

From the opening drum roll of Chaos From Within, we are treated to a rapid fire, two minute anthem from one of the innovators of modern punk rock music.

My Sanity shows that Bad Religion are still completely capable of writing fast paced, personal songs that will connect with their audience.  Do the Paranoid Style is another lightning paced track, lyrically it’s politically charged, but that’s nothing new for this band.

The Approach follows the familiar formula for the band, while Lose Your Head follows more of a pop punk path, making for arguably the most radio friendly song of the album.

Bad Religion have made a career from sticking to certain subject matter in their lyrics.  Whether religion, politics or mental health is the topic, they certainly have a way of exploring it intelligently in the lyrics.  End of History’s lyrics cover many of these bases in a very well structured song.  Musically bouncy and fun, but lyrically thoughtful.

The title track is another anthemic Bad Religion number.  Each track is moving this album along at a massive pace.  Candidate is a bit more stripped back, particularly in its pace, but it retains the bounce.  Greg Graffin sounds phenomenal here.

Faces of Grief is relentlessly fast, and will be a definite mosh pit pleaser.  Old Regime proves that no matter the subject matter, and the speed of the song, Bad Religion have a major understanding of melody.

Big Black Dog is catchy as hell, and features some awesome blues styled guitar work, while Downfall has a vibe to it that I just can’t put my finger on, but I love it.  Since Now chugs along, and makes great use of vocal harmonies.

To close out a very politically charged record, What Tomorrow Brings takes a look at what the future holds, and at just over three minutes it might be the longest song of this fourteen track album.

Age of Unreason comes at the perfect time with a Presidential election on the horizon, and while an ageing punk rock band probably can’t do much to affect any legitimate change, at least they’re still creating lyrical content that is ponderous and thought provoking.  This record is certainly going to appeal to long time fans of Bad Religion.