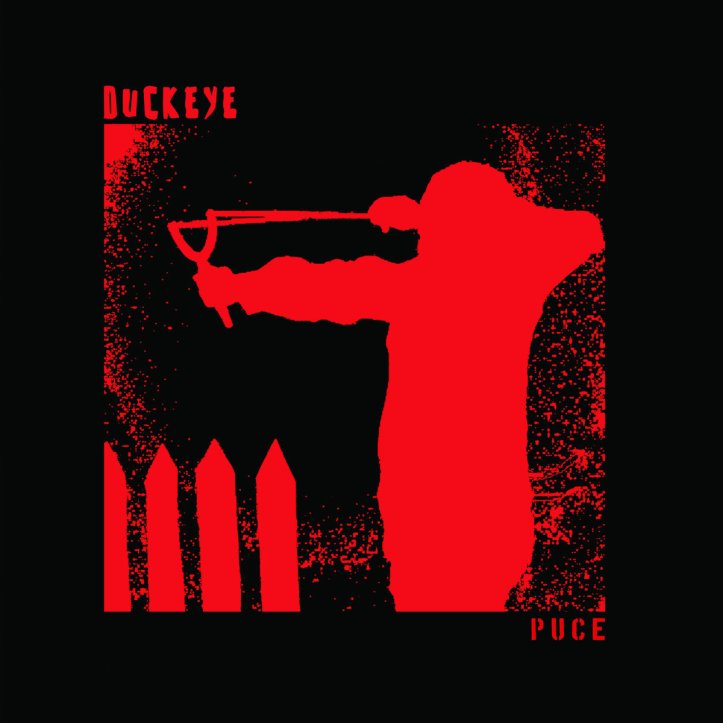 I Am Duckeye have evolved quite a bit over the last few years.  They’ve gone from quirky, alternative metal that sometimes bordered on comedy (remember Punching Dicks? I still love it!), to fuzzy and sludgy metal that has a distinct stoner vibe at times.  They’re still quirky though.

Stab Flats, Headlights and Dead End all take the very sludgy and noisey approach, and in the case of Dead End, some killer death growls are added for extra emphasis.  It’s certainly not mainstream music, and I love it for that!

Tree Puncher is near on eight minutes of every element Duckeye have ever committed to record.  It should end shortly after the vocals end, but ultimately it winds up running a little too long.

Defeated ditches the sludge and fuzz to return to an earlier Duckeye alternative metal style, while Sense is a fast paced riff fest with a hardcore punk style vocal and chorus.  A highlight of Puce for me.

Finger is a ripping, almost entirely instrumental track that reminds me of Kyuss to a degree, and provides yet another highlight.  Dead Eyes is a slow chunky dirge that works on all levels, and to close out the album Blue Hand plods along like Primus (think Here Come the Bastards) in the verses, but goes in an entirely different direction elsewhere with vocals that soar, and ending with around two minutes of fuzzy feedback just seems perfectly natural for this record.

I Am Duckeye are delivering the music that they want to deliver, with seemingly no commercial aspirations, and that’s fine by me, because Duckeye are fun and interesting and I’d hate to hear their creativity become stifled by outside influence.  Puce is gold!