Rock Fans – The Next Generation. 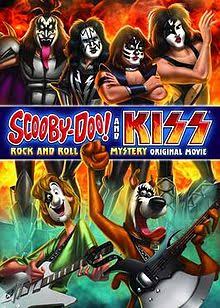 Do you remember how you got in to the music you love?  I do…

It was a very different time when I was growing up.  Rock music was everywhere for me.  I had older uncles who listened to rock and metal, my parents had some awesome vinyl (which I still have) and even my Nan listened to hard rock music.

Rock, hard rock and metal was literally everywhere as I was growing up.  It was on the radio, there where huge posters in record stores (who remembers Brashes??) and even television had a strong rock presence.  I remember discovering new bands through Video Hits on a Saturday and Sunday morning, Rage always had great stuff and even Hey Hey it’s Saturday wasn’t afraid to represent hard rock on prime time tv.

Eventually that all went away.  Through the advent of the internet we were able to continue discovering new music, but it’s not quite the same for me, and certainly not the same for younger generations.  Occasionally though, something comes along that has that same feeling of discovery, and I want to share a story with you that demonstrates just how it can still work.

As some of you may already know, I have a son who is almost six.  He’s been in to Scooby Doo cartoons from quite a young age (and I’m not too proud to admit that I love them too!) so every time a new animated movie came out, we would watch it.  Now I am a huge KISS fan, so in 2015 when Scooby Doo and Kiss: Rock and Roll Mystery was released we jumped straight on it.  To my son, KISS were just cartoon characters, and I guess that even in life the band KISS, are essentially cartoon characters that play music. 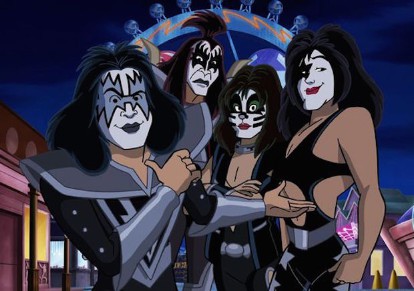 After the movie, my son kept talking about Spaceman, Catman, Starchild and Demon, so I started explaining that KISS were actually real.  I played him some music, and showed him some concert footage.  His mind was blown when he watched a “real person” spit blood and breath fire just like in the cartoon.

He was totally sold on the band, and from that day on, constantly asks to listen to KISS in the car.  He’s since gotten in to other bands as well, notably AC/DC, but KISS will remain his first musical discovery, and we all remember our first.  Because of this, I’m so excited to say that later this year we’ll be taking our son to see KISS live in concert, and I’m sure he’ll be a rock fan for life!  See? It works!

There are other examples too.  I’ve heard a heap of great music in Regular Show (including some Motley Crüe) and Adventure Time.  Bands licensing their music to cartoons and kids movies might just be a great way to get a younger generation invested in the music we love.  Shit, even Axl Rose just did a song for Looney Tunes!

So next time you want to shit on a band that markets cartoons or toys, just remembrr it is doing A LOT for the future of our music.  It may not be your thing, but let it happen, because it works.  It’s the way of the future…